Centralized Authentication in Linux, SSSD, and a Simple(r) Approach to sudoer management in Linux: Part 3

In part 3, our final post in the series, we’ll discuss authorization and different approaches to automating or centralizing provisioning and de-provisioning across an environment.

There’s a not-insignificant issue around authorization when working with Linux systems. Who should be able to access a given directory, application, or file? Linux has incredibly robust user/group support at a local level (as well as granular read/write/execute permissions), but the goal is to ensure these access privileges are the same across an environment. For example, people who perform administration work should have access to administration tools, the auditing team should have access to the auditing tools, neither group should necessarily have access to each other’s tools, and each group may need a common toolset on the hosts they work across.

In very small environments, manually configuring these settings (creating users, groups, and performing the relevant file permission actions) is doable. It is time consuming, and prone to errors and omissions, but it is doable. However, with each host added we quickly run into an issue where maintaining and extending infrastructure becomes more of a task than the actual use of that infrastructure under a manual model (not an ideal state).

What’s the goal, then? Ideally, we want to mitigate administrative overhead by automating or centralizing activities. Adding and removing users is low-hanging fruit; if we can reduce the number of places that need to change from dozens, hundreds, or thousands of hosts to just one by means of centralization, it can save a lot of time and effort.

For the sake of discussion, let’s say we set up an LDAP server and we use SSSD to connect to the LDAP server for our hosts. Users can authenticate, we’re done.

Not so fast. As mentioned previously, not all users need access to everything on a given host. It would be pretty terrifying if every user had access to, say, superuser privileges on every host they had access to. So we need to be able to perform authorization activities as well, and not just authorization activities, but be able to step up a given session based on whether or not they are a member of a sudo group. On top of using groups in the LDAP server for RBAC, there are two ways we can do this:

1.) Rely on LDAP sudo configuration (which was touched upon briefly in past articles). This can require a lot of setup.

2.) Enumerate groups and call them in the sudoers file. This requires less setup at the LDAP level, but requires a more sophisticated system management platform.

Both approaches have their pros and cons, and both approaches are valid depending on what your organization intends to get out of a sudoers implementation, so let’s talk about both.

Assuming that your sudo LDAP configuration has been appropriately done (Which I would highly recommend reading the documentation on at all steps of implementation), working through sudoer configuration in SSSD is straightforward. The steps boil down to configuring SSSD to manage sudo, and to configure NSS to route to SSSD. Because groups are enumerated via SSSD, SSSD caches groups, and so we can rely on remotely managed groups for sudo. It does this through LDAP filters, which, if you are proficient in LDAP filter syntax it isn’t a difficult task.

Assuming both your SSSD environment as well as your LDAP sudo configuration is properly set up, you can find a rundown for configuration in the Redhat deployment guide. Keep in mind that if you are attempting to do this work around sudoer schemas in Active Directory, you will need to add custom schema elements to Active Directory. Jakub Hrozek comes through again with a blog on how to do this here.

As previously mentioned, SSSD, when used in conjunction with a properly configured LDAP server, will return back what groups a user is a member of. This means is we can use this group information to perform access management to files, applications, and directories… which is what we started off wanting to do and is fantastic. It also means that we can leverage these same groups to determine who gets sudoer access and who does not by just treating them as local groups.

This group is a group we want to use for access determination when sudo checks its configuration. Provided SSSD is properly configured, all we need to do is add the following to our sudoers file. Here’s what that might look like: 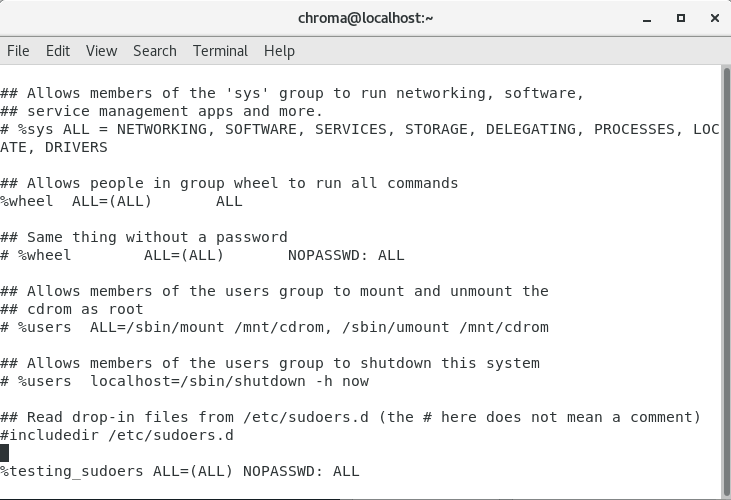 Both paths forward have upsides and downsides, so let’s go over them. These lists are by no means exhaustive, and you could probably come up with a few more good ones. Hopefully this will get you thinking and headed off in the right direction.

Generally, host-side implementation of sudo makes more sense for most small and medium (even some large) Linux host setups unless…

~  the environment is complex (and requires a great deal of constant fiddling in sudoers)
~  you do not trust your CI/CD infrastructure (man-in-the-middle attacks can and do happen)
~  or you don’t have good good monitoring and alerting in your environment (which should be addressed no matter which way you go).

This does not mean that one implementation is necessarily superior to the other, rather it means you have the tools and path forward to make sudo management simpler in a Linux environment. 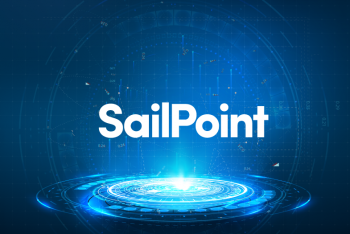